You’ve heard a lot about AdWords, SEO, and all these different companies probably messaging you and talking to you about why you should be doing one or the other, and what’s better for you. So I thought I would give you a breakdown of what they actually are and what the purpose is. So AdWords and SEO, I’m talking about the Google search function. So SEO is basically what Google started with. All Google was was a business that actually wanted to make customers find what they’re looking for in the best way possible. So if you went to actually search, before Google was actually a big business, you would actually only find businesses that weren’t being paid for, it was just Google trying to get you a customer, get you the best result possible. So Google is like the biggest librarian in the world. Their whole goal is to get you the best result, the most relevant result and that’s what keeps you going back.

So essentially, excuse my writing gonna draw a little crown here. So SEO is earnt by being the best. It’s the king or whoever is the best, most relevant website. If you’re looking for a plumber and you’re in Southport, it finds the best rated plumber whose website is the best, clearest, cleanest to get along with and actually has there, it also takes into account reviews. But it’s all about being the best. Now this is where Google started to become a business.

So they go, okay, now that Steve, the plumber has the best website, what if Cameron down the road wants to get there as well? Well, let’s charge him and let’s call it AdWords. Okay, so his customers are finding him by paying to actually be found. And the reason Google did this was to grow as a business but also so that this didn’t become an all out warfare where you’re jus, applying every trick in the book to actually figure it out. And this is created in constant ebb and flow where Google AdWords is actually being, come to the point where they have to change their algorithm so that you have to actually be pretty good on this, to do well here. And that’s what, where things start to get really confusing.

When you throw in a third thing of local SEO which is based on reviews. And that’s what really starts to stand out as a business point of view. When you need to go okay, now you’re telling me we need to have a good website, we need to pay Google and we need to get our customers talking about us. Yes, that’s pretty much where it’s going. This is what Google is trying to do in order to get money out of your different points. Eventually gonna be charged to actually appear highly in the reviews. Those reviews are gonna become more verified. With many businesses, they get their friends, family and other people to actually review them. And that’s also gonna be found out eventually.

We’ve done that in the past for our customer’s businesses where we’ve written reviews. We’ve stopped doing that now unless we’ve actually used the product because eventually there’s gonna need to be transactional evidence. And that basically sums up SEO, AdWords and a little bit of local SEO. If you have any other questions, just send me a message, DM on Instagram. Message me, message JCF Media page, however you want to get in contact and I’ll send you a quick video answering any questions you have in hopefully 10 seconds or less. Thanks for your time. 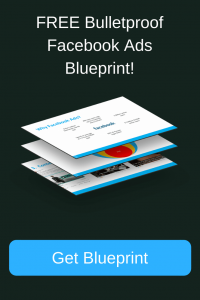 Subscribe to receive GROWTH hacks direct to your inbox